The Center of Excellence for Clean Energy and the Construction Center for Excellence present this year’s Best Practices Summit, with registration open now. The theme of this year’s Summit is “Building an Energized Future.”

The Summit, now in its 11th year, features the Pacific NorthWest Economic Region (PNWER)’s Matt Morrison as keynote. Mr. Morrison has been a leader in promoting innovation in the Canada-US border region and has been instrumental in several successful pilots of Beyond the Borders and Perimeter Security Action Plan. PNWER has encouraged both Ottawa and Washington DC to consider the region a “cross-border pilot zone” because of the network of trusted relationships that have been built by ongoing working groups that PNWER facilitates. Morrison has also been instrumental in building resilience over the past decade by hosting a critical infrastructure interdependency series focused on the regional economy. Read more about his work here. 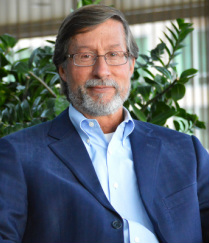 The morning panel session looks at “Executive Action on Climate and Energy.” Many aspects of energy policy fall within the authority of the executive branch of government. Learn about initiatives that are under way in Washington and on the federal level, including the EPA Clean Power plan, the state Clean Air Rule, and state Executive orders. The moderator for this session is Tony Usibelli, Washington Dept. of Commerce. Other speakers include Ann Rendahl, WA Utilities and Transportation Commission, and Susan Wickwire, Seattle 2030 District.

The Summit is intended for energy/construction educators, industry, organized labor, and economic and workforce development representatives.

For hotel information and maps, see the event page.